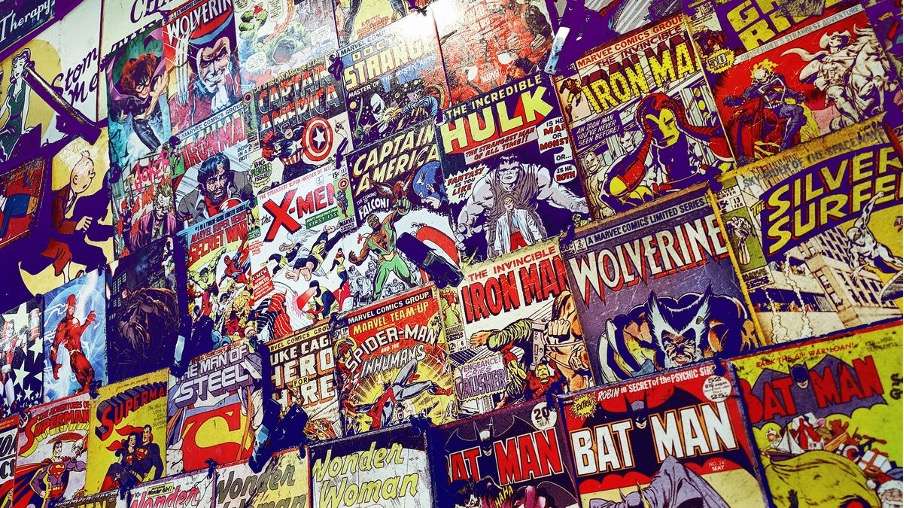 The rise of the marvel empire

The Marvel Cinematic Universe is an American media franchise based on the marvel comics , these films are based on super hero characters from the comics which were written by Stan Lee. These comics were initially started and published in a pulp magazine back in 1939 , this was the time when comic books were being capitalised due to a heavy market being catered towards them. Timely comics introduced by sir goodman was the first breakthrough of these super hero comic strips being shown to the public. The first issue was based on superhero’s like captain America and Thor. Timely comics included stories and characters mirroring the world war 1 where superhero’s were fighting the Nazis and Japanese. This golden age of comics had died down in 1950s.

In 1960 goodman and hired commissioner writer Stan Lee and artist Jack Kirby to create a legitimate comic book publishing. It was to introduce people to a superheroic setting rooted in the real world , their goal was to make comic book characters more original blending with realistic fashion and worldly culture. This strategy and design resulted in superhero’s like Spiderman , Hulk and X men. Stan lee had created majority of the storylines and character arcs in the comics. Jack Kirby was the main illustrator for the comics.

This approach started to build up marvels reputation and brand. This new style of comics catered to all readers as it dealt with social issues , climate issues , race relations , drug abuse and was still playful at the same time therefore it began to attract universal age readers

This sent marvel into the zietgiest of entertainment. Each new issue of a comic was selling over 200,000 copies. Goodman’s company had been rewarded for having the most amount of comics sold in history. Due to the hype of the marvel series , there were marvel super fans and cults being formed around the world and the demand was very high from the marvel comics.  In the 1970s marvel had emerged with a new generation of creative writers and creators where they started looking at the bigger picture, outside of comic books . they started capitalizing over video games , mini tv series and ground breaking visuals. Superhero’s from the comics were also being advertised on toys , backpacks and lunchboxes. This was a golden age for marvel comics as an independent comic book business turned into a million dollar business industry.

In August 1996 Marvel Studios was created, Jerry Calabrese was the president of the entertainment group. He set pre-production of the movies by commissioning scripts , hiring actors , directors and finding a filming and distribution centre. By the 2000s Marvel had turned into a major cooperation and had sold about a million books and had around 20 thousand existing comic books and other successful outside projects. Marvel had been having several meetings about making legit movies on their comic books for decades. Stan lee the writer of these comics pursued developing of these marvel properties in many other medias which were a success and some did not stick.

In the coming decade marvels cinematic universe had been a success, the comics and stories were being introduced to a new generation. It turned into a juggernaut in Hollywood because of the production of the numerous films. Although there was a big change in January 1st 2010 , The Walt Disney Company had purchased marvel entertainment for 4 billion dollars. It was stated this deal would not affect any of the previous produced projects but will  revitalise the marvel universe  and provide a fresh new perspective and strategy  for marvel and the production of the films. This had sent the work ethic , marketing and creative visionary of marvel into new heights as Disney studios were invested 1 billion dollars into the production of these new films.

Marvel movies started becoming part of mainstream culture and had turned into a global phenomenon after the group ensemble movie called Avengers. Even when people though marvel movies couldn’t get bigger , this movie grossed 1 billion dollars and became the third most grossing movie of all time.

Years and years later , marvel was a brand known almost by the whole world and these movies became even more famous than the comics. Marvel had adapted to every big change in entertainment since the 1930s which is why in 2018 it was reported marvel was making another big announcement. Due to the up surge of streaming platforms and their exclusive streaming shows marvel knew the future of entertainment is going to be guided by this , despite marvel studios having major box office films they knew they could not ignore this , so it was announced that marvel will be developing several limited series in the streaming platform Disney+. The fourth phase of marvel will be developed here which are Wanda Vision , loki, the falcon and soldier and Hawkeye.

Marvel is a company which has been around for over 50 years. It has shown constant evolution and endless creative spark. This is proof that the people working here really love their job and treat it as a serious hobby. Marvel has shown exponential growth from the time it originated. It has won various science fiction awards . Oscar nominations and a golden globe. It has broken many barriers for the stereotype for comic book movies not being taken seriously in the industry. It has provided lifelong careers to the actors hired and has been wildly appreciated for the visual effects and CGI in the films.