All You Need To Know About Tiong Bahru 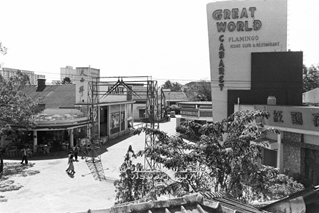 Great World City is a grand shopping mall with 6 levels, found at the fringe of Tiong Bahru, between Kim Seng Road and Zion Road, near River Valley Road. On top of the shopping mall sits 18-storey of office building and 35-storey of serviced apartment. The current Great World City complex is erected on the site of one of the three theme parks Singapore boasted in the 20th Century- Great World Amusement Park- hence the name. Read on to find out more about the history of this extremely popular theme park found in the heart of Singapore, that literally every Singaporean in the 1950-1970s era have visited, as well as explore what you can do in today’s Great World City.

Established in 1929, the amusement park was built on the land of a former Chinese cemetery. After the Second World War, Great World Amusement Park was given a massive upgrade, with many stalls and attractions receiving major facelift and upgrades. In 1958, the park was re-opened to the public with a grand opening that even saw the appearance of Hollywood’s Elizabeth Taylor, who was also performing for Sky Theatre’s opening. This was extremely sensational at that time and was also the reason why so many Singaporean were attracted to the grand opening of the amusement park.

The greatest selling point of Great World Amusement Park was that it was economically friendly, and Singaporeans of all social classes could afford hours of fun and entertainment in this land of joy. Here, visitors can find stalls after stalls of carnivals games, hawkers roaming the park selling an array of products from food to clothes to traditional medicated oil, and various attractions of the amusement park. These attractions included a Ferris Wheel, a carousel, and a few roller coaster rides. Out of these, the most popular is the Ghost Train, where riders are taken on a trip around a building decorated with all sorts of ghosts and demons the imagination could conceive. Great World Amusement Park was truly the hottest hang-out spot for families, couples and friends at that time, catering to the interests of every age group.

Apart from the attractions, Great World Amusement Park offered several other forms of entertainment. It housed four cinemas ran by Shaw Brothers, that screened movies in English, Mandarin, and even Cantonese to reach out to a larger pool of audience. Ticket prices to these cinemas were also extremely affordable at only 50 cents as they mainly screened second-run films.

The Flamingo Night Club in Great World Amusement Park was also one of the main attractions in the park, especially for the wealthy businessmen. Live performances went on every night, attracting these businessmen to return night after night.

Great World Amusement Park was also acclaimed for its collection of famous food places. Be it restaurants, street stalls or even hawkers walking around selling food, there was always something scrumptious available for everyone. In fact, the restaurants found inside were common spots for major events and wedding banquets.

For those who are feeling sentimental, or are interested in finding out more, be sure to watch the 2011 film ‘It’s a Great, Great World’ directed by Kelvin Tong, for a trip further down memory lane. The film successfully captured and reflected the bits and pieces of the collective memory of Singaporeans of that time in this great amusement park.

Fast forward to today, the piece of land that the Great World Amusement Park once stood remains as a very busy place. Apart from the service apartments and the offices, the Great World City shopping centre also attracts a great deal of crowd, both locals and tourists. Great World City offers a wide variety of shops catering to the needs of people of every age group and interest groups, much like its predecessor.

Great World City offers a vast array of food choices from restaurants to fast food joints to shops that offer a quick bite. Big names in the culinary industry such as Din Tai Fung, Bangkok Jam and Kuriya Dining can all be found here, displaying the mix of different cuisines available. For those who are just craving something light or looking for a place to hang out, they will be pleased to find that stores like Cedele and Starbucks are also available.

What is a shopping centre without its boutique shops and various stores that caters to the everyday needs of customers? In Great World City, shoppers will be delighted to know that they can find a suitable store for anything they need. Whether they are looking for designer clothes or shopping for their children’s needs or just doing the weekly grocery, there is always a store for every occasion. Great World City is also one of the best places to go to if you are looking to buy a gift as there are various stores that sells electronics, jewelleries, toys and even pet’s needs.

Great World City is also the home of Golden Village Grand Cineplex, screening the latest blockbuster movies and providing countless hours of entertainment. After undergoing a shocking $2.5million revamp, the cinema theatre found here definitely lives up to its name, and is one of the grandest cinemas found in the whole of Singapore.

One of the common sights you will find here is the various clinics, both cosmetic and medical, salons and beauty centres. Several gyms and spas can also be found here, giving shoppers the ultimate beauty and wellness experience. 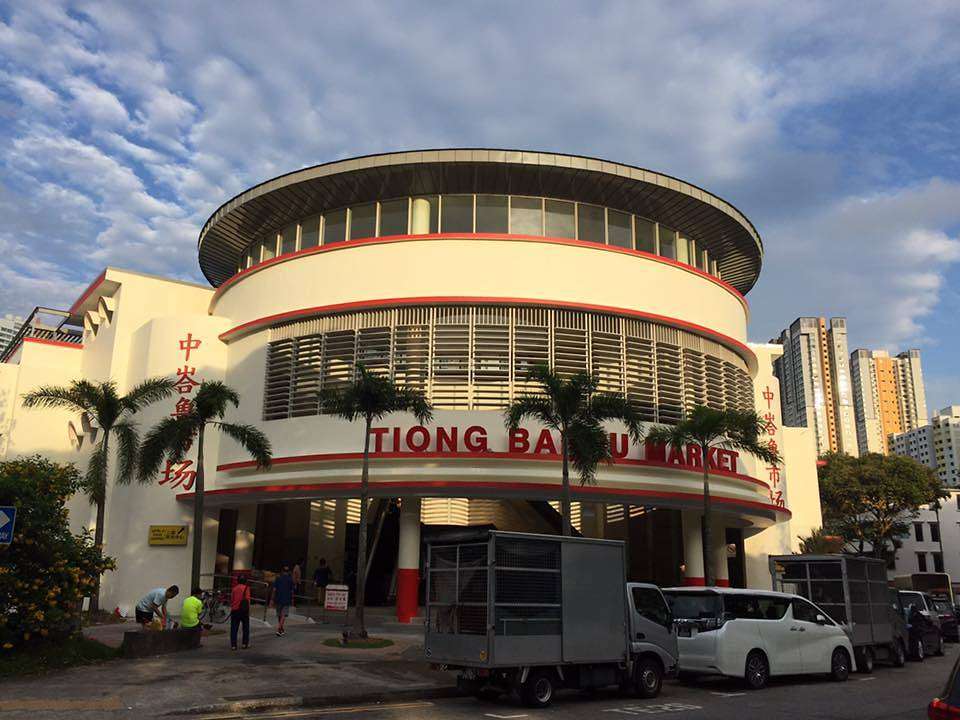 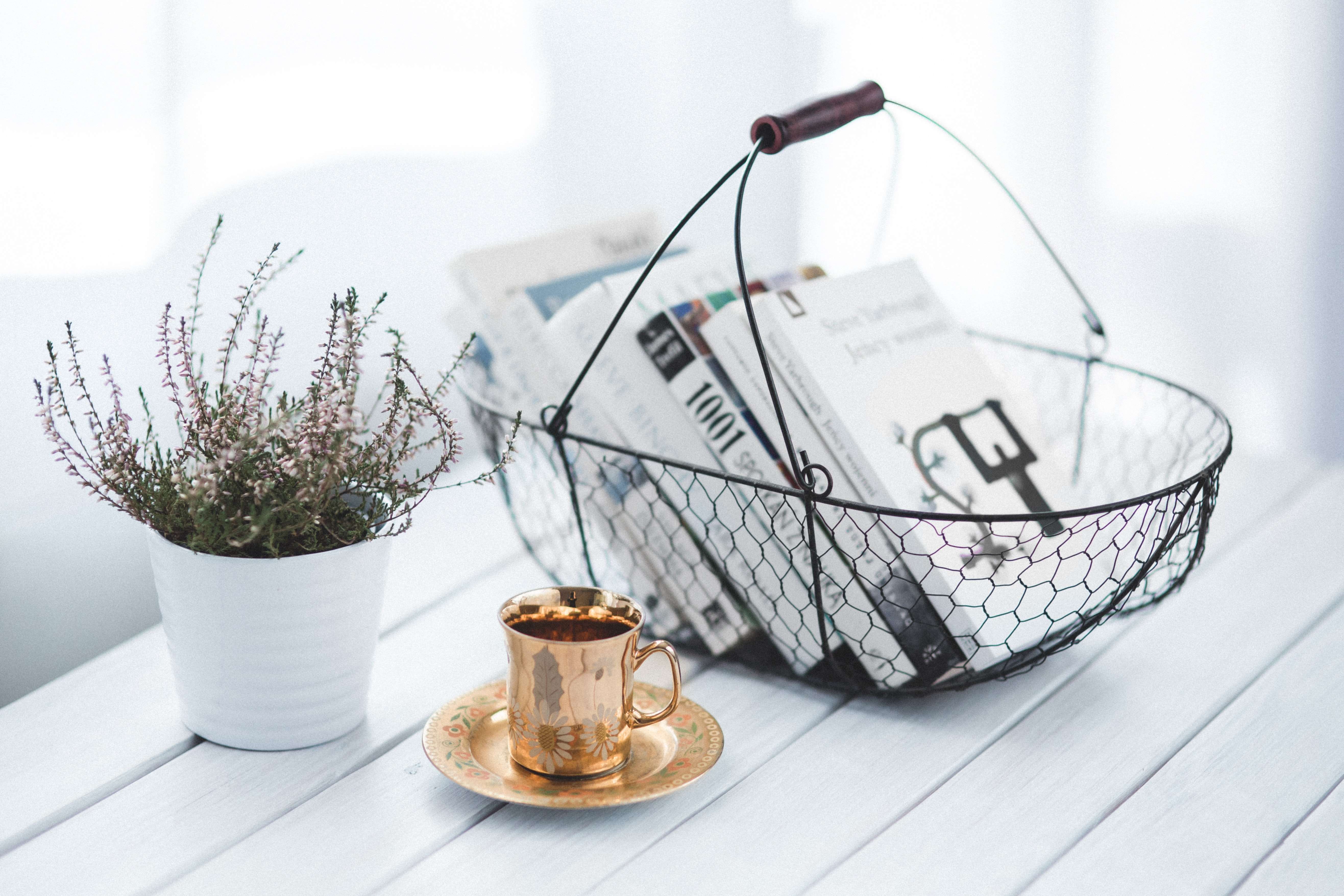 10 Must Visit Restaurants in Tiong Bahru