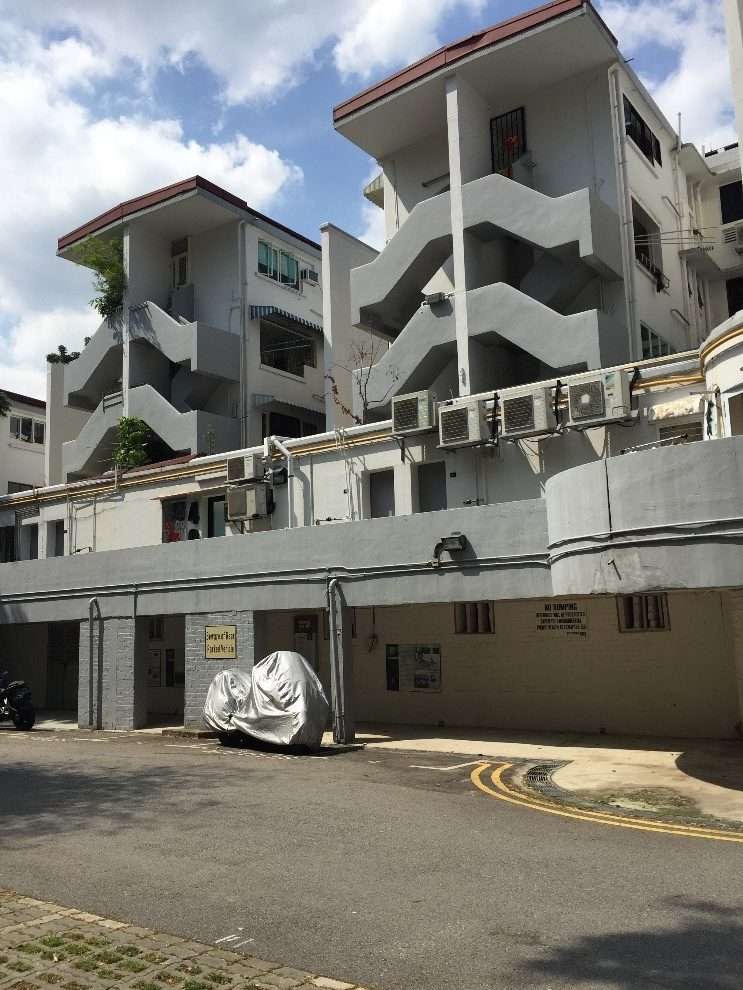 Though Tiong Bahru is well-known as one of Singapore’s most historic districts, the word that most often comes to mind is less flattering: old. Yet there is much to be said about its stunning physical beauty, both natural and man-made. Famed for its mix of vintage buildings and sky-high condos, Tiong Bahru is truly an estate like no other.

While its familiar low-rise flats and towering skyscrapers are enchanting in their own right, even more fascinating is the storied history behind its unique infrastructure.

As the first public housing estate to be built by the Singapore Improvement Trust (SIT), the precursor to the modern Housing Development Board (HDB), it is no surprise that many of Tiong Bahru’s iconic buildings date back to the early part of the 20th century—some even to the pre-war era. In 1928, to provide housing for the 2,000 squatters living in the area, the SIT began acquiring land and building basic infrastructure.

The plan was to tackle overcrowding and sanitation, and lay the groundwork for a new housing estate before selling the land to private developers, who would then build flats. However, by the time all 72 acres of land had been converted in 1931, a recession was in full swing, and no land was sold in the next 5 years. In 1936, the SIT decided to develop the estate on its own, and hired architect Alfred G. Church to design its buildings.

As chief architect from 1936 to 1941, Church’s designs were based on a modified form of the Streamline Moderne style of architecture. Streamline Moderne was a later stage of the larger Art Deco movement, and featured sleeker, smoother designs than its pre-war predecessors. (Other influences include the architecture of British public housing during the same time period, in towns like Stevenage, Harlow and Crawley.)

The Streamline Moderne style was primarily inspired by the industrial age that spanned most of the 1920s, and the technology and modes of transport that were developed in the 1930s. Back then, seemingly everyday activities like driving a car, taking a plane or going on a cruise ship were considered revolutionary, due to the unprecedented speed of such forms of travel.

Thus, Tiong Bahru’s buildings were specially designed to resemble ships, planes, automobiles and trains. Nowhere is this more evident than in Blocks 81 and 82 along Tiong Poh Road, affectionately known to locals as the “aeroplane blocks” due to their extended horizontal layout, which resembles aeroplane wings.

However, never let it be said that Tiong Bahru’s architecture abandons function for form. Designed with Singapore’s tropical climate in mind, many of its buildings exhibit unique design features, chief among them the five-foot ways adapted for use from early shophouses. First introduced to Singapore by Sir Stamford Raffles, five-foot ways are created by pushing back the entrance to the ground floor and the rooms in each flat, to create a sheltered walkway along the length of the building. They are commonly seen in the post-war International Style flats that line Lim Liak Street.

Other utilitarian features found in Tiong Bahru’s flats include air wells for ventilation (built into the flats) and windows made of green glass, to protect against the sun’s glare—and provide some measure of privacy. Though made obsolete by the invention of air-conditioning, green glass remains a rare feature among Singapore’s housing estates, and is now considered an antique. The high-quality window and door frames were specially imported from England’s famous Crittal Manufacturing Company, and are now pushing 80 years old!

Block 55, the first SIT block built before World War II, is situated along Tiong Bahru Road and serves as the unofficial entrance to the rest of the estate. It is easily recognised by its angled exterior and concrete sunshades overlooking its windows. The block is now home to the Sin Hoi Sai Seafood Restaurant, the oldest restaurant in Tiong Bahru, which sits on the ground floor.

Block 78, which straddles Moh Guan Terrace and Guan Chuan Street, was built between 1939 and 1940 and is nicknamed the “horse-shoe block”. It is notable for being the single largest block of flats in Tiong Bahru, and for the air raid shelter located within the block on Guan Chuan Street. Measuring 1,500m2, the shelter is said to be able to accommodate up to 1,600 people.