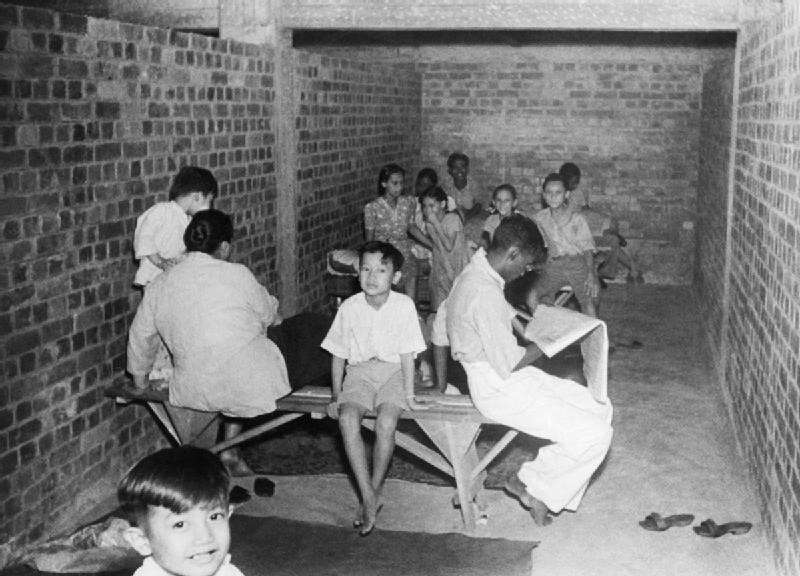 Seven decades after Japanese bombs first dropped on Singapore during World War II, the city-residents state’s are still uncovering aspects of their wartime past that have been veiled for years by their modern urban surroundings. During those years, the phrase “air raid shelter” was loosely applied. One might be an open trench or a place under a stairwell. In the event of an assault, the colonial authority apparently instructed citizens to go to an open place and lie down on the ground. Obviously, the proposal did not go over well, therefore different vendors, like Alexandra Brickworks, began selling air raid shelter building services.

The government has opened a pre-war air raid bunker in one of the island’s oldest public housing estates to the public for the first time. The 1,500 square metre structure in the Tiong Bahru area was built in August 1938 and is the only known location of its sort in Singapore, but authorities believe there may be others.

Singaporeans know very little about the shelter’s real history during the war, except from a few tales told by residents who sought refuge there around the time Allied troops were losing control of the region to the Japanese.

The National Heritage Board of Singapore tells the story of Mary Pereira, who was born in a chamber in a shelter that had been turned into a medical institution in 1942. Her mother had gone into delivery after learning of her husband’s death in battle as the Japanese came into town.

The shelter’s enormous interior has multiple rooms as well as old wartime signs printed in English and Chinese. While the city-military state’s history has been successfully maintained in several locations around the island, pragmatic people have usually been wary of the conflict’s legacy in their country.