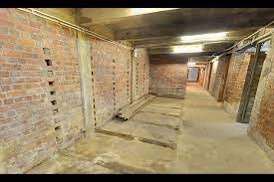 Tiong Bahru is one of Singapore’s oldest residential estates, with numerous cafes, art galleries, and other intriguing attractions for visitors. Tiong Bahru has some noteworthy architecture inspired by the Streamline Moderne style of the 1930s, which features clean lines, curving shapes, and motifs inspired by vehicles, planes, and ships. The air raid shelter is one such tourist attraction in Tiong Bahru.

One might question what an air raid shelter is. Air raid shelters are structures designed to protect both non-combatants and combatants from enemy air strikes. In many ways, they resemble shelters, however they are not meant to defend against ground attack. a structure or facility meant to keep people safe from bombs dropped during air strikes.

The air raid shelter, which is located at Blk 78 Guan Chuan Street, is 1,500 square meters in size and can hold up to 1,600 people. It’s also thought to be the location of the Air Raid Precaution Wardens’ base. The shelter is notable for a number of reasons, including the fact that it is the sole pre-war civilian air raid shelter still standing today. Only modest alterations have been made to Tiong Bahru, which has not been changed or fixed. It is now hidden by rows of coffee shops and cafés, right next to the parking lot. The air raid shelter included a basement floor that was intended for emergencies but was frequently used as a play area by the children. One of the residents of Tiong Bahru confirmed that during the disagreement, when Japanese forces conducted air strikes, the people of Tiong Bahru used to seek shelter in the shelter.

The resident also affirmed that they would head to the shelter with their families to shield themselves from the air strike. Despite the fact that the shelter could accommodate 1600 people at once, only about a hundred individuals lived in the neighborhood at the time. When the shelter was transformed into a storage facility, windows were erected after the interiors were dark and without ventilation. It’s also possible that there were other air raid shelters in Tiong Bahru at the time, and that infants used their private land to turn into air raid shelters to protect their family, but there’s no strong evidence of this.

The air raid bunker at Blk 78 Guan Chuan Street was exposed to the public for the first time in 2012 for guided tours by the National Heritage Board as part of its commemorations of the Battle for Singapore’s 70th anniversary.

In conclusion, one might wonder why would you want to visit a site meant to protect citizens in the war time but how exciting it is to have something still standing, after so many years so that we can enjoy and explore the wonders of the past. It feels surreal to have a wartime air raid shelter even today so that we can witness how the real war was executed. Overall, the air raid shelter has proven to be a massive tourist attraction for all history fanatics and people visit the place in a lot of zest and zeal.