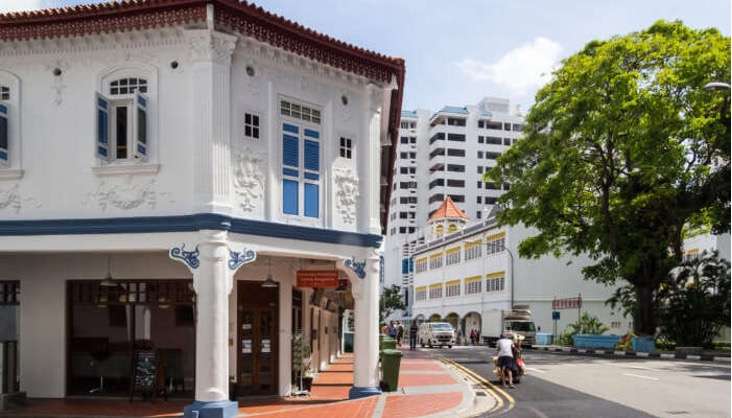 5 THINGS TO DO IN TIONG BAHRU

Tiong Bahru has many stories to tell from the architecture to the culture to its food and the local community. While many may prefer to take in the sights on their own, it’s a whole new perspective when you are guided by the locals who have lived in Singapore all their lives. Usually, on the first Sundays of every month, volunteers living in the estates of Tiong Bahru conduct free heritage tours. These tours are guided walks where one passes by various places such as neighbourhoods, traditional houses, parks and also the air raid shelters of World War II. This will give you an insight of the history of Tiong Bahru and its neighbourhood. Since it is one of the oldest estates in Singapore. Heritage tour is one of the must things to be done in Tiong Bahru.

There are several heritage trails that take one through the neighbourhood towards all the beautiful buildings, landscaped gardens, historical ruins of air raid shelters, murals/art and local food spots. Of course, with a guide, you can break the ice with the natives you come across and interact with them. You might just go home with a fascinating insight into Tiong Bahru’s history!

The bird corner which is located at the junction of the Seng Poh Road and Tiong Bahru Road is an often forgotten spot that locals would remember as a very popular bird corner. Before, there was a popular bird shop within the area, where birdcages with colourful songbirds would be hung across the shop which attracted the tourists with the very lively atmosphere.

During the 1980s, the owner of Wah Heng which was a traditional coffee shop just opposite the road, erected a metal structure outside his premise, and he had permitted the bird owners to hang their birdcages while they drank coffee. Soon it attracted various enthusiasts who wanted to display their birds, and anyone who wanted to see such a sight. Even the famous American jazz flutist Herbie Mann visited the Bird Corner in 1984 for a performance alongside the birdsong. Although the Bird Corner was closed in 2003 for renovation, and was later reopened the in 2008. Although no one has used it since it’s reopening you can still see the structure where the birdcages would have been hung.

Hua Bee Restaurant is a Kopitiam that has been serving authentic and traditional Singapore breakfasts for over the last 70 years.

Hua Bee is a traditional mee pok noodle stall in the day that turns into a hip yakitori joint by night, complete with a secret bar entrance near the back.

It is set within a very homely setting where one can enjoy the dishes like kaya toast with half-boiled eggs, mee pok, and fish ball noodles. It is the oldest coffee shop in Tiong Bahru and one should try the traditional kopi-o (black coffee). The restaurant was also the filming set of Eric Khoo’s drama movie released in 1995 – Mee Pok Man.

One of the most admirable features of the Tiong Bahru neighbourhood are the beautiful mural paintings or the street art on the walls, gates, and houses that can be commonly seen. The street art in Tiong Bahru is an artistic way to explore Singapore’s past across the last four decades. These colourful paintings are true masterpieces and make the area look very vibrant, bright, immensely colourful and soothing to the eye. People draw pictures of animals, birds, the local people and many more thing. These paintings and drawings often leave people speechless and astonished.

The most famous one is the one drawn by Yip Yew Chong, showcasing a bird corner, a living room, and a fortune teller. One should definitely roam in the locality and the neighbourhood and admire the incredible street art made by the locals and have fun.

Tiong Bahru Qi Tian Gong is the first temple in Singapore which worships Sun Wu Kong who is the Monkey King from the classical tale – The Journey to the West, who is said to be almighty, ingenious, brave and respected. The Taoist temple was founded in 1920. The temple dedicated to the Monkey God, this 100 year plus old temple has more than ten statues of the Taoist deity within its premises. Some of them even date back over a century, making this beautifully anachronistic building  which is in the middle of Tiong Bahru.

Every year, the Birthday of the Monkey God falls the on the 15th or the 16th day of the First Lunar Month. During the celebrations, you can see medium performing miraculous rituals that include piercing their own flesh, vocal performances and lion dances.